Here is a list and brief description of my very favorite Twilight fanfiction stories. In my opinion, these are the best Twilight fanfics. Most of these are novel length stories and if you can’t get enough Twilight, this list should have you set for a while!

These are canon stories (meaning they use the facts as given in the original books). So, you won’t find stories about Edward and Bella meeting up as humans, or stories where Bella becomes romantically involved with Jasper or some other Cullen. Also, the stories are listed in the order they take place.

Singularity–This is part 1 of a trilogy about Alice. It starts before Alice becomes a vampire and goes up to when Alice meets Jasper in the diner.

Coalescence–This is part 2 of the Alice/Jasper trilogy and picks up around when Alice meets Jasper. They join the Cullens about halfway through, so you’ll get to see a pre-Twilight Edward. I should note this has a couple of love scenes that may be slightly more descriptive than those in the Twilight books.

Rogue–Part 3 of the Alice trilogy. This story is allegedly not complete, but it gets up to where Midnight Sun picks up. It’s only 10 chapters last time I checked.

Midnight Sun–This is not technically a fanfic since it is by Stephanie Meyer herself, but I thought I’d include it here anyway. This is Twilight from Edward’s perspective. Unfortunately it stops a little before the meadow scene, but it gives some great insight into Edward’s head and how he falls for Bella.

Moonless Night–This is New Moon from Edward’s perspective. Edward is extremely angsty and the break up scene is downright painful to read, but this is definitely in character and very believeable as an Edward story.

Beyond Dusk–Breaking Dawn from Edward’s point of view. Unfortunately this one is not complete and I’m not sure it will be, but what is there is great. So far it only gets up to where Bella first meets Renesmee after the first hunting trip.

Harvest Moon–This story picks up about a month after Breaking Dawn. The wolves find a newborn vampire hybrid and bring him to Rosalie, so she gets to become a mother after all and Renesmee gets a playmate. This is a very well written and compelling story and lots of exciting stuff happens, including a couple of run-ins with the Volturi, Jacob and Renesmee’s relationship evolving and a couple of deaths and births.

Full Moon Rising–This sequel to Harvest Moon sees Edward and his siblings taking over in Italy after the fall of the Volturi. You see Edward and Bella’s grandkids and even a long lost relative of Jasper’s. Meanwhile a new foe targets the Cullens that makes the Volturi seem benign. Great story, but be warned there are some explicit scenes that you may want to skim over. 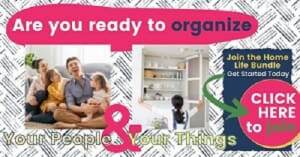 Subscribe for updates and get a FREE Weekly Planner!